Being vegan it is hard to find a great chili that tastes fresh and is actually great tasting. Well, I have found a solution for you! Manolo's Best Farmstand chili is so fresh and tasty, you will not want to try any others. Why not try this chili to help a small business during this tough time of a pandemic. Manolo's Best Farmstand is on Amazon Prime. Use this website to see what is close to you! If it is not close to you go to your closest Whole Foods and start asking for them to have the chili shipped there. 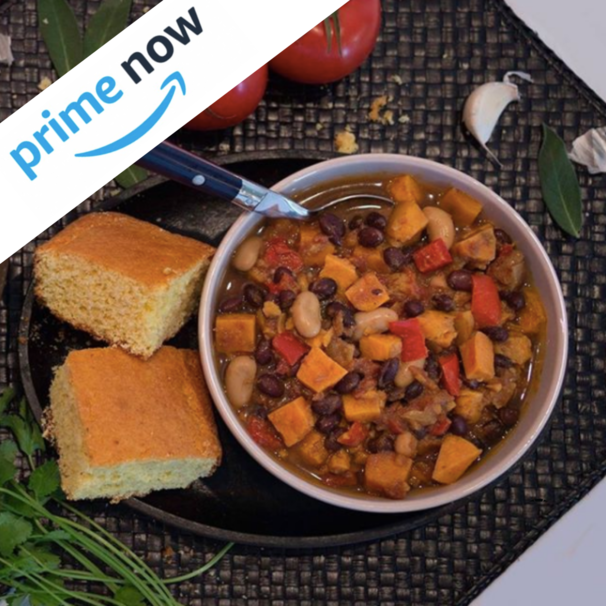 Mitchell Wolinsky started his journey of perfecting a vegan and gluten-free chili about nine years ago back in his house in Jersey. He wanted to start a new diet due to his poor health choices that started to catch up with him. He struggled with many illnesses and nearly missed having a heart attack. Mitchell knew that he needed to change in way of eating and start living on a healthier track. So, he decided on making a chili that had fresh ingredients, barely any sugar and salt, and most of all vegan and gluten-free. He spent many years selling it out of his home, then out of small kitchens, then selling his chili to Whole Foods. He went to many locations of Whole Foods to give out samples and trying to connect with customers to promote his brand. Many years later he is now in over 60 Whole Foods stores and is still trying to expand.

Mitchell’s social mission is to support our veterans and he has done so through a relationship with The Yellow Ribbon Fund. He really wanted to do all he could to help out since his father was a veteran making it very near and dear to his heart. He has also hired veterans and has delivered food to both them and their caregivers who are receiving medical attention at Walter Reed Medical Center in the DC Metro area. The Yellow Ribbon fund is very important to him and he should be very proud of what he has done to support our nation’s Vets.

This is one of the customer's favorites. It is naturally sweet from the sweet potato and packs a lot of flavors. It is less spicy than the Cinnamon Chili.

Ways to use Chili

One way of using the chili is putting it on a hot dog, vegan of course for me. This will create a chili dog which is very famous in the Chicagoland.

Another is putting the chili on a baked potato to created one of the best loaded potatoes ever.

You can even use the chili on top of chips to make nachos.

Add the chili into a pepper to make the ultimate stuffed pepper recipe.

This list goes on and on. Basically to show that chili is not just something you can consume in the fall and winter but can be consumed during any time in the year.